howdy to all and sundry who actually read this blog! it’s been awhile so i thought i’d let you in on my latest fad foods. however, i’ve been too lazy (and hungry) to take pictures (and/or the pictures i’ve taken have been crap), so i decided to draw my fad foods using the sketch app for android.

(do you like my name-dropping btw? thought i’d shoehorn a plug in there just in case somebody somewhere wants to give me money to write a cookbook or something.)

anyways my sketching has had mixed results as can be seen below: 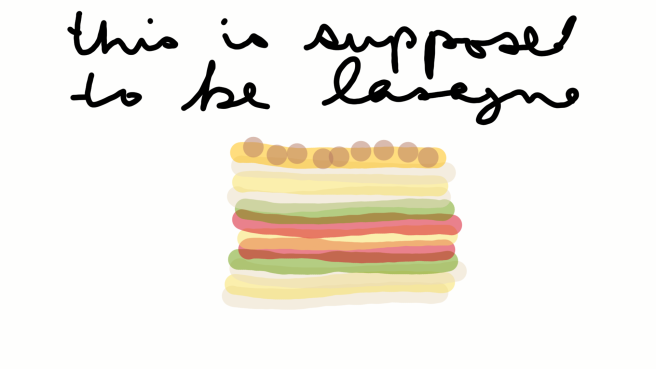 i’ve made about 5 or 6 lasagnes in the past 2 weeks, but the best picture i’ve been able/willing to take has been this: 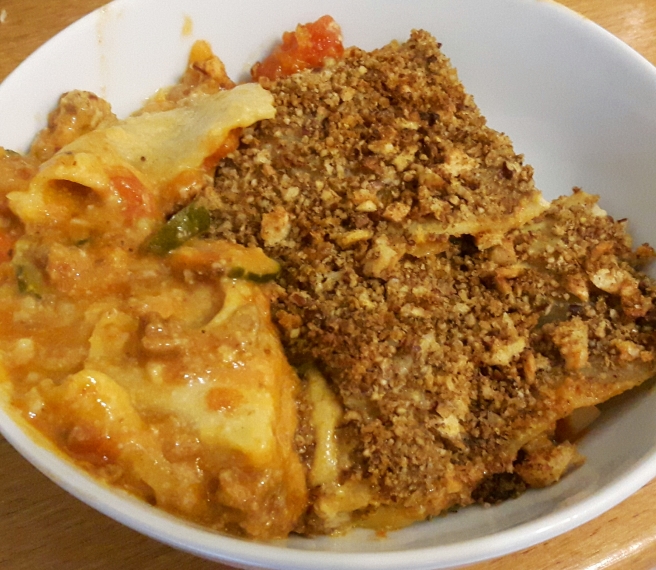 i mean, it’s not a horrible picture, but it doesn’t adequately capture the spirit of the dish i’ve been perfecting for the past couple weeks. hence the beautiful sketch. (shut up.)

i’ve been making moussaka for donkey’s, because lasagne always seemed too fiddly. then, i actually read the instructions on a packet of lasagne sheets and discovered that you don’t actually need to cook them first. (shut. up.)

so long story short, lasagne for daaays. layered with bechamel sauce, an insanely easy tomato sauce which i guess i’ll include for posterity, sometimes some sliced courgettes, and topped with, budget permitting, vegan cheese (or breadcrumbs if not – sometimes i add ground-up nuts too).

i’ll give you the really basic tomato sauce base i found in the guardian one day (SHUT UP), as well as my adaptations.

method
melt the margarine in a saucepan, adding the salt and sliced onions and cooking over low heat until soft. add the soya mince if using (along with the soaking water if using dried), making sure to cook a couple minutes if frozen, along with the soya sauce, balsamic vinegar, and vegetable bouillon. dump in the tin of tomatoes, breaking apart the whole plum tomatoes with your stirring spoon. allow to come to a simmer over low heat, then just leave it to meld together for awhile so you can get on with other stuff (like slicing courgettes or making bechamel sauce!).

NEXT FAD FOOD: japanese-style breakfast. nearly every day, for about 3 years. it comes and goes sometimes but this has persisted beyond a fad into a habit. 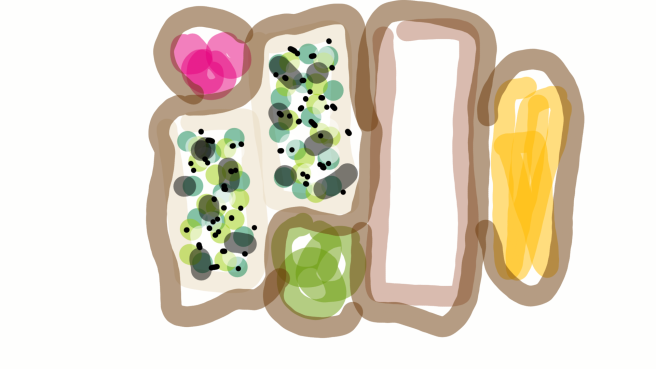 it all started in the airport one day, desperately searching for a hearty vegan breakfast before a morning flight. i passed by a wagamama’s and thought to myself, ‘i wonder what japanese people eat for breakfast.’

as it turns out, japanese people have magic for breakfast. that day i had miso soup, sushi rice, and pickles. i’ve since substituted hiyayakko for miso soup – mine consists of cold medium-firm or silken tofu topped with chopped spring onions, nori flakes, sesame seeds, and soya sauce. on the side i have sushi rice, sliced into blocks from a container in the fridge (or fresh and hot from the rice cooker), and homemade japanese pickles. 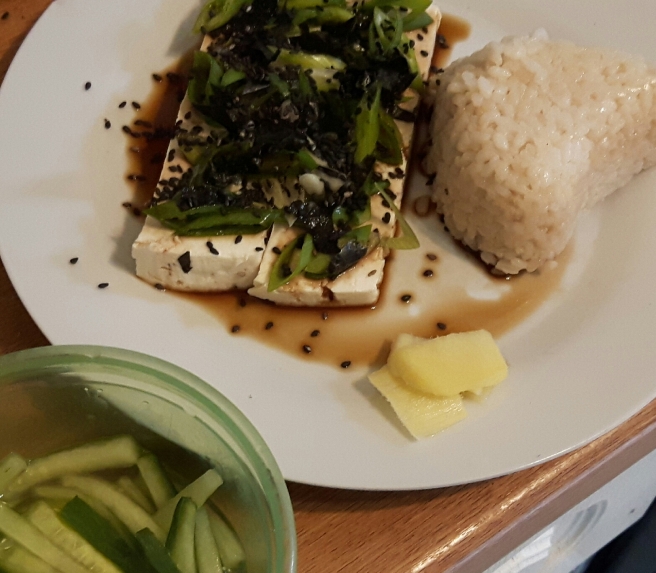 ‘japanese pickles??’ i hear you ask. (not really but i need a segue.) yes, friends. pickled cucumber, radish, and ginger, all made at home. ‘but hoooooowww’

well friends, the pickling brine recipe is a piece of piss to make. allow me to enlighten you.

method
okay i confess, i nicked this recipe from somewhere but don’t remember where. anyways all you do is boil all the above together until the sugar dissolves, then pour it over the sliced veg you want to pickle (or in the case of ginger boil it for a few minutes on the hob). then just leave the jars of pickles to cool and pop in the fridge, where they will keep for ages ^_^